Discussing the goings-on of your bathroom routine with anyone can be uncomfortable. That’s why when it comes to illnesses and diseases that affect the gastrointestinal tract and liver, patients sometimes hold off on seeing a doctor until the issue becomes bothersome or unavoidable. But speaking openly with your doctor about your gastrointestinal system is crucially important. We sat down with Samuel Bae, MD, a gastroenterologist, to learn more about worrisome symptoms and common diseases of the GI system.

What are the most common symptoms that prompt patients to seek the help of a gastroenterologist?

Dr. Bae: I see many patients complain of heartburn and reflux. These symptoms are caused by a number of reasons, often poor diet and lifestyle. As you gain weight you become more likely to develop heartburn and reflux, which are major risk factors for esophageal cancer—so this is something to take seriously. I also see patients with bowel irregularities like diarrhea and constipation. If we can rule out major issues, these symptoms typically resolve with simple lifestyle changes. Many young men visit me saying they are bleeding during bowel movements. The culprit in this scenario is often spending too much time on the toilet with an electronic or mobile device. I tell them the recommended toilet time is 3-5 minutes.

As a GI doctor, what conditions or diseases do you spend the most time treating?

Dr. Bae: I treat the standard gamut of GI ailments: reflux, irritable bowel syndrome and bowel irregularities. I completed my training at Memorial Sloan Kettering, so I also focus on cancer prevention. Chronic heartburn and reflux, also called gastroesophageal reflux disease (GERD), can lead to esophageal cancer—so instead of taking an antacid, those experiencing GERD should seek medical attention. Colon cancer is now the second leading cancer killer in the United States; it’s also one of the most treatable cancers. During a colonoscopy we are often able to remove the cancer-causing polyps and cure the patient right then and there. Unfortunately, in many cases, colon cancer does not cause any physical symptoms, which is why I always recommend a colonoscopy beginning at age 50 for those at average risk.

Are colonoscopies as uncomfortable as they are made out to be?

Dr. Bae: Today’s colonoscopies are very different from those of the past. I remember when a colonoscopy meant days of liquid fasting, a gallon of preparation material and an enema as a chaser. Today, our prep material is much smaller, split over several days, and we only require a half day or so of fasting. With the sedation we use now, and the fact that the procedure is very quick, most patients can’t believe that the procedure was already performed when they wake up. 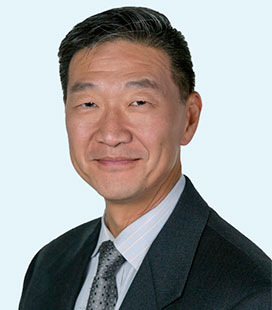