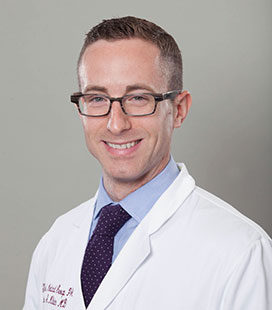 A recent study published in the British Medical Journal found that deaths from liver disease have increased significantly in the United States over the past two decades. Deaths related to cirrhosis (inflammation of the liver that leads to scarring and malfunction) have risen 65 percent since 1999, with the largest affected population being people ages 25 to 34. The study suggests that the disproportionate rise in cirrhosis among millennials may be the result of alcohol misuse and abuse.

A common misconception is that it takes decades of heavy, daily drinking to develop cirrhosis, when in reality it can take less than a decade and doesn’t require a daily drinking routine. Dr. Blaszka is convinced that this is why we need to begin educating children about alcohol much earlier.

“When does social alcohol use begin? In high school. So we have to intercept kids with alcohol education before they are presented with the opportunity to drink. We’ve done a good job of educating people on the dangers of smoking. We’ve got advertisements on TV and campaigns to stigmatize and end smoking – yet alcohol continues to be glorified,” said Dr. Blaszka.

However, Dr. Blaszka does not attribute the rise of liver disease to alcohol use alone. Factors like obesity and the presence of conditions like hepatitis C may also play a role.

“As the American population becomes heavier and obesity is on the rise,” said Dr. Blaszka, “so is something called fatty liver disease. Fatty liver disease, like other conditions involving liver inflammation, can eventually cause cirrhosis. Alone, this can take decades, but combined with heavy alcohol consumption, the process speeds up quite a bit.”

The cirrhosis that results from fatty liver disease or alcohol abuse can lead to liver cancer, which – no surprise – is also on the rise.

According to the study, there was an “inflection point” in about 2009, when the rate of cirrhosis-related deaths began to increase 10.9 percent each year through 2016. The study suggests that the timing of this sudden increase might correlate with the economic crisis that began around the same time. The implication is that factors such as unemployment and financial strain may have turned many Americans to alcohol as a means of stress relief.

When it comes to this theory, however, Dr. Blaszka is not entirely convinced. “I’m hesitant to place all of the responsibility on the recession,” he said. “My feeling is that what we’re seeing is a lot of comorbid conditions such has fatty liver, untreated hepatitis C, and a lack of education about alcohol. Why none of this occurred before 2009 is unclear at this point.”

When asked how much alcohol intake is too much, Dr. Blaszka said there is no hard and fast rule. Everyone’s relationship and response to alcohol is different, based on a number of factors such as weight, gender, and individual biology. Dr. Blaszka typically tells his patients that if they think they might be drinking too much, they probably are.

“The good news is that cirrhosis caused by alcohol abuse is a reversible condition,” said Dr. Blaszka. “As soon as you stop drinking and stop introducing the insult to the body, your liver can quickly normalize. It is a uniquely regenerative organ – the scarring can reverse, and patients can go back to having a normal, healthy liver.”