Michael Gutter, Chairman of the Board of Englewood Health Foundation

“Friends and supporters helped the Foundation raise in excess of $100 million over the past decade,” said Debra Albanese, executive vice president of the Englewood Health Foundation. “Trustees play a vital role, engaging donors and potential donors in meaningful conversations about philanthropy and the impact it generates for our shared communities.”

Michael Gutter graduated from SUNY Albany with a Bachelor of Science in business administration and a concentration in finance. In 2002, he founded Arista Funding, which specializes in both equipment leasing and merchant processing for small to mid-size businesses.

In addition to serving on the Englewood Health Foundation Board, Gutter is a member of the Hebrew Free Loan Society Micro Enterprise Committee, where he helps make interest-free loans to small businesses in New York, and is a board member and co-chair of the Finance Committee at Alpine Country Club.

“Shortly after moving to Englewood from New York City, my family faced a situation that put our daughter in the emergency room at Englewood Hospital,” said Gutter. “The care she received turned what could have been a horrible situation into a positive experience. Serving on the Foundation board provides a unique opportunity to broker opportunities that will help to ensure   Englewood Health remains among the leading health systems in our region so that other families have access to the same expert, compassionate care that my family received.”

Also effective July 1 are new appointments for the roles of vice chairman, secretary and treasurer of the Englewood Health Foundation.

Steven M. Kaplan, Esq. joined the Foundation board in 2011 and will serve as vice chairman. Kaplan, a resident of Demarest, is a founding partner of Kaplan Levenson P.C.

Serving as treasurer is Neil S. Piekny, who joined the Foundation board in 2017. He lives in Demarest and is a tax partner at Ernst and Young LLP.

Nancy G. Brown joined the Foundation board in 2012 and will serve as secretary. A resident of Cresskill, Brown has held leadership roles on numerous not-for-profit boards, including the Crohn’s and Colitis Foundation of America, Kaplen JCC on the Palisades, the UJA-Federation Women’s Board and New York-Presbyterian/Morgan Stanley Children’s Hospital. 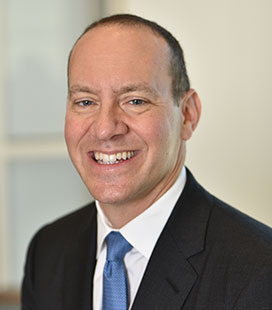 Michael Gutter, Chairman of the Board of Englewood Health Foundation