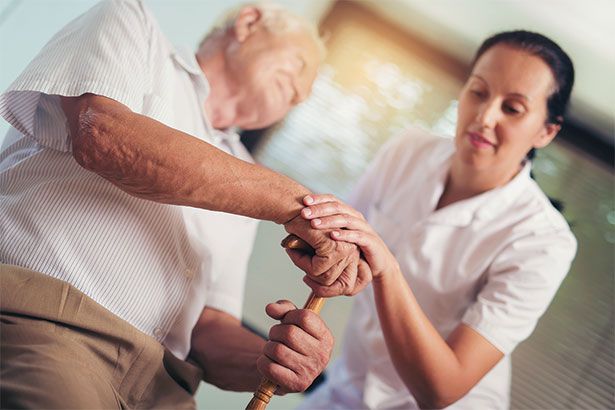 Parkinson’s disease is a degenerative central nervous system disorder whose cause may be genetic or environmental and which usually afflicts those aged 60 or older, although 4% of sufferers are younger than 50 years of age. Symptoms usually gradually, rather than suddenly, appear.

For Parkinson’s disease, treatment can be divided into three modalities: nonpharmacologic, pharmacologic and device/surgical.

“We often give advice about nonpharmacologic therapy, such as regular aerobic exercise and simply taking better care of yourself,” said Gary Alweiss, MD, the chief of neurology at Englewood Health.

Brisk walking, swimming, water aerobics, boxing, dance therapy, and physical therapy can all be helpful for Parkinson’s, according to Dr. Alweiss, who noted that the disease is the second most common neurodegenerative disorder after Alzheimer’s.

Most Parkinson’s patients seen by neurologists are referred by primary care physicians. After nonpharmacologic interventions are tried, medication is typically the next step.

“The decision to start symptomatic pharmacologic medicine is determined by how much the symptoms interfere with the person or impair their quality of life,” Dr. Alweiss said. “However, if the person presents with symptoms that are consistent with Parkinson’s, but the symptoms are very mild and not bothersome at all, then medications are not mandatory.”

For symptoms that become disturbing to the patient, the first medicine prescribed is carbidopa/levodopa, which replaces the dopamine in the body. “This is the gold standard of treatment,” Dr. Alweiss said. “It is the most effective and well tolerated. In fact, in some cases, when the doctor is not even certain that the person has Parkinson’s, a response to carbidopa/levodopa is further evidence that the person does have the disease.”

“About 85% of patients do very nicely on either solo or combination therapy. Most of the time, a person can enjoy at least several years of relief from medication, although responses vary widely.”

“Surgery does not generally help cognitive abnormalities or the person who walks slowly or freezes,” Dr. Alweiss said. Instead, surgery is limited to selected individuals with abnormal motor movements.

Deep brain stimulation (DBS) is the most frequently performed device procedure, whereby electrodes are implanted into nuclei of the brain. “DBS can improve the dyskinesia, yet the patient still needs to continue medication,” Dr. Alweiss said.

Genetic testing and molecular biology may allow for identifying the protein and initial genesis of Parkinson’s, which is rarely caused by a known genetic abnormality. “The disease is well localized—we know what parts of the brain are involved,” Dr. Alweiss said.