Like most patients, Steve showed up in Dr. Marc Arginteanu’s neurosurgery practice because of unrelenting pain. The pain in his neck was becoming unbearable and progressing in alarming ways. His left arm was getting weaker and weaker, becoming so difficult to move that it was atrophying. He was barely able to continue working as a plumber but perhaps more devastating, he was no longer able to go on his exotic diving excursions.

“He was in too much pain to do much of anything,” said Dr. Arginteanu, who is also chief of neurosurgery at Englewood Hospital and Medical Center. “He was really suffering a lot.” 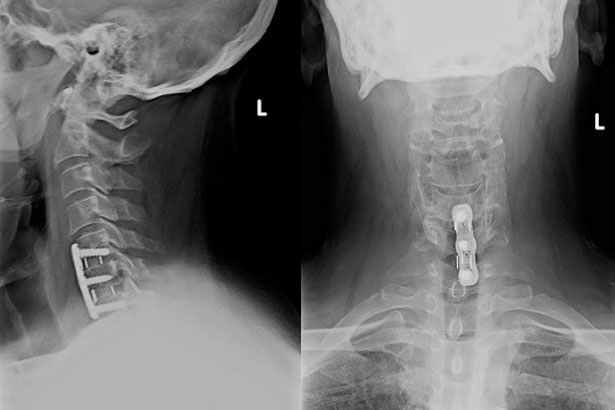 Tests showed that Steve had a herniated cervical disc that was pressing on his spinal cord and compressing a nerve that affected the arm, resulting in weakness. Herniated cervical discs are most often caused by a traumatic event like an accident or a fall, but sometimes it’s simply the result of wear or tear or even genetics. Whatever the cause, Steve’s life as he knew it was at a painful standstill. Like most, he wanted to avoid surgery. Dr. Arginteanu, heeding Steve’s wishes, administered steroid medications but they did little to improve Steve’s quality of life.

“Any surgery involving the spinal cord is scary because the risks involved are significant. There could be death, coma, stroke, paralysis,” said Dr. Arginteanu. “I could clearly see this situation wasn’t going to get better and that without surgery, he’d continue to lose use of his arm.”

In October 2015, Dr. Arginteanu performed spinal surgery, making an incision through the front of Steve’s neck to replace the cervical disc with a special plastic cage that would prevent compression. With Dr. Arginteanu’s help, Steve was able to return to the depths of the ocean.